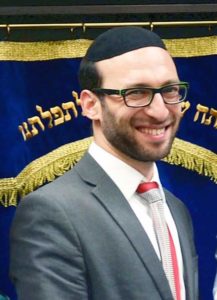 We will celebrate Tu B’shvat again this year at our premises on Sunday the 5th of February.

Tu B’shvat is really an interesting holiday, because first of all, it’s not a holiday at all in the Rabbinic literature, it’s more of a technical date for Halachic purposes so that we have a date to determine the age of a tree.

In the 16th century it is already mentioned as a holiday and later the Kabbalists started to make something mystical about it with rituals and prayers, and today most Jews celebrate it in one way or another with a connection to eating different kinds of fruits and through the connection to nature and sustaining the planet.

I think that Tu B’shvat beautifully shows us the development of the Jewish traditions and culture, how an Halachic technical idea from the BCE times becomes a universal concept and holiday that we all could find a way to connect to.

The Talmud in Ta’anit (20b) tell us, “a person should always be soft like a reed and he should not be stiff like a cedar..”

A cedar tree could stand up high and strong but if a strong storm will come, it will simply break and not survive, but a soft reed has the ability to be flexible and bend with the wind, and once the storm is over to continue to grow.

May we all merit to take in the powers of Tu B’shvat, enjoy the fruits that our wonderful world has to offer and make sure that there will be a world for future generations to come.

There is a story of the Rabbi Yisrael Meir Kagan of Radin, known as the Chafetz Chaim, after the first world war, some of his students in his Yeshiva ended up on the wrong side of the border with the wrong citizenship and were being accused of espionage. The Chafetz Chaim came to testify to their personality at the court hearing. The lawyer that was presenting him said to the judge, “I am presenting you a man who never lied or spoke evil of another person in his entire life”.

The judge looked at the lawyer and asked, “do you actually believe that?”. The Lawyer responded: “no, but no one makes such claims about you and me…”

The Chafetz Chaim was known for tacking the rules of Lashon Hara very seriously and was the first Rabbi to write multiple Halachic books on this matter that talk about the importance of always saying the truth and avoid gossip.

One of the strong points he brings out is how careful we must be in not speaking evil of another person, even when it’s the truth, how we must be so careful with every word we speak about another human being.

Our mouths are designed that our tongue has two gates, the teeth and the lips, while other organs like the eye only has one gate, the eyelids, which comes to teach us that we have to be at least double as careful with what we say at any given time.

The verse in Vayikra 19:16 tells us: “Do not go about saying gossip among your people”, in Meshlei 11:13 the verse tells us: “He who goes about talking of others makes secrets public, but the true-hearted man keeps things covered.

In the Torah there is a prohibition against gossiping “You shall not gossip among your people” (Vayikra, 19:16), and it is explained in the Talmud (Bavili Sanhedrin, 31a) that this includes prohibiting a judge who was of the minority opinion and tells the person who lost that he was for exonerating but the other judges were against it. The Talmud added to this the verse “A gossip goes and reveals a secret” (Proverbs, 11:13), which teaches to forbid telling anything that is said to a person based on trust that he will not tell.

Maimonides wrote in the Mishnah Torah:

“One who gossips is committing a sin, as it is said: “Thou shalt not go slandering among thy people.” And although there is no physical punishment on this matter, it is a great sin, and causes many souls to be killed, that is why the verse “thou shalt not stand on the blood of thy neighbor” is written next to it. What is slander? The one who claims things and goes from one to another and says so and so said so and so and so and so I heard about so and so, even though it is true, it destroys the world.”

May we all respect one another, be very careful what we say about one another and keep in mind the importance of never saying any gossip about other people. Amen.